An experienced and sought-after public speaker, Margaret Leslie Davis has delivered addresses at many prestigious forums including the New York Public Library, the White House Historical Association and the National Gallery of Art. 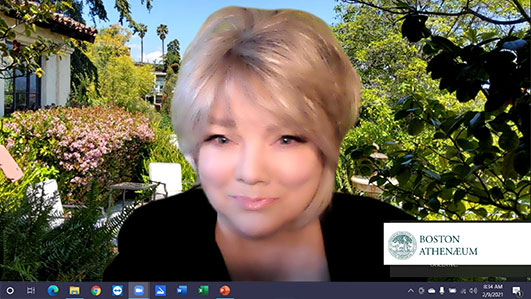 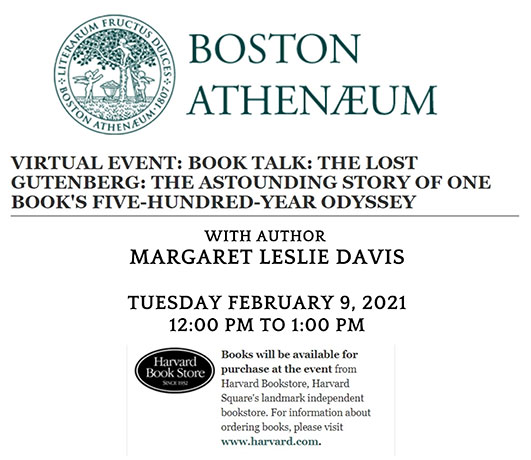 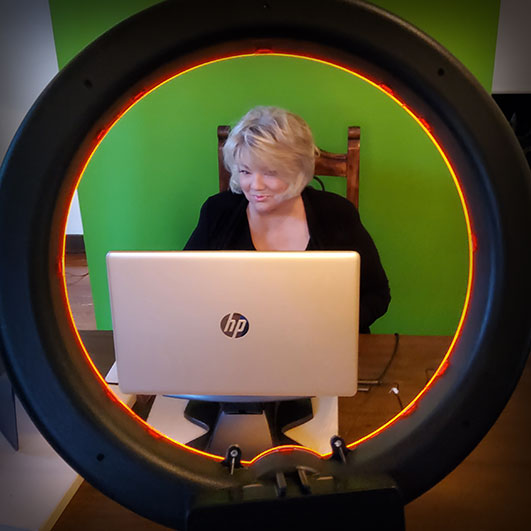 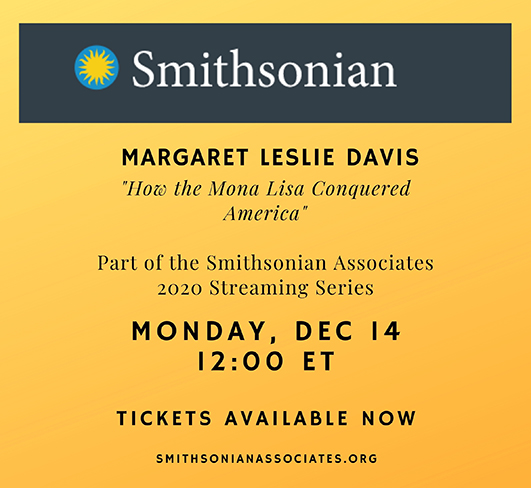 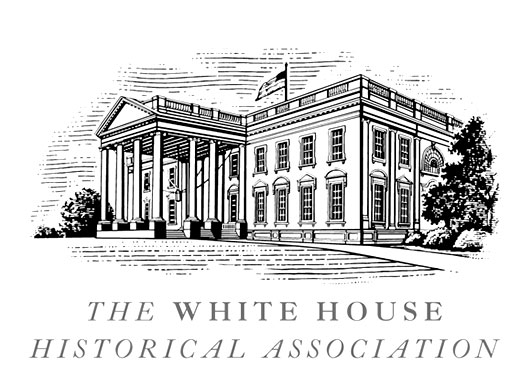 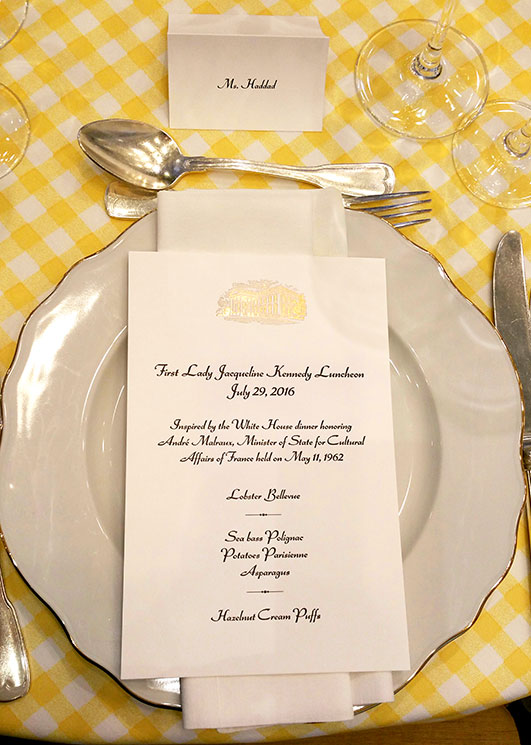 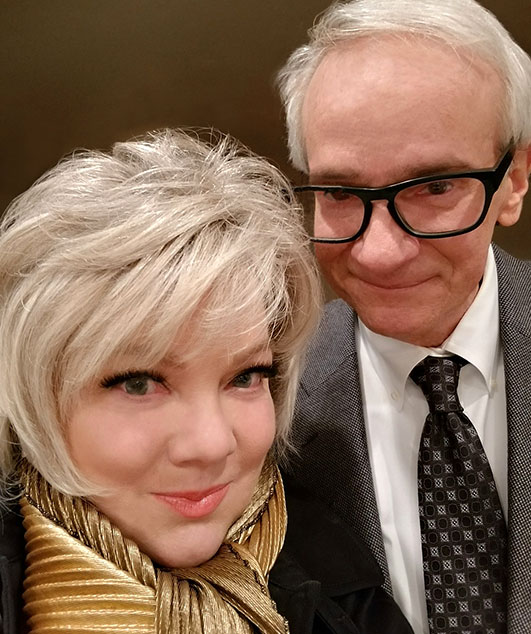 Davis with Los Angeles Times Business Reporter Roger Vincent moments before the lighting of the Lindbergh Beacon, in honor of the Art Deco treasure's 90th birthday. 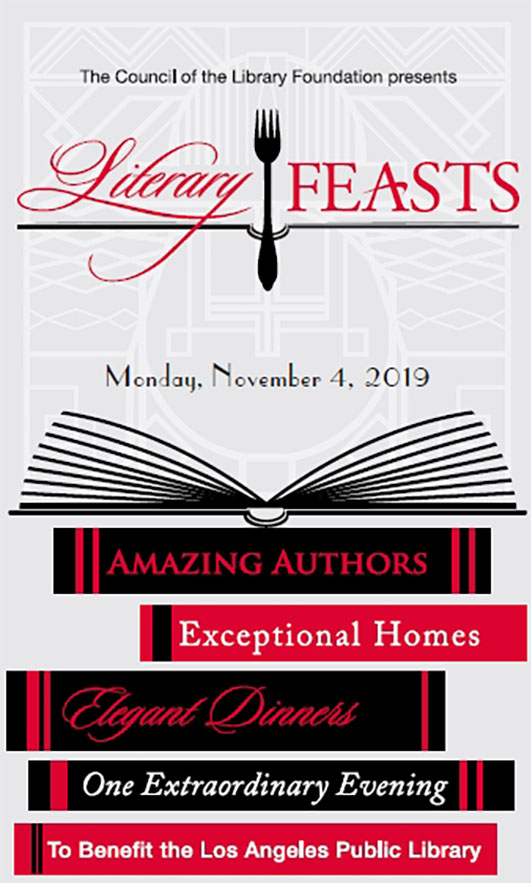 Bestselling author Margaret Leslie Davis, a passionate chronicler of Los Angeles history, has a new tale to tell from her latest book “The Lost Gutenberg,” the never-before-told story of one extremely rare copy of the Gutenberg Bible and its life-changing impact on the fanatical few who were lucky enough to possess it. Among the obsessed owners was Los Angeles oil heiress Estelle Doheny, whose legendary book collection matched her husband Edward's oil empire in value before it was scattered in a monumental betrayal. Hear Davis' account of the greed, mania, and rapture that carried this famous book through five centuries and enjoy fine French cuisine served in the loggia of a stunning Mediterranean home surrounded by lush gardens. 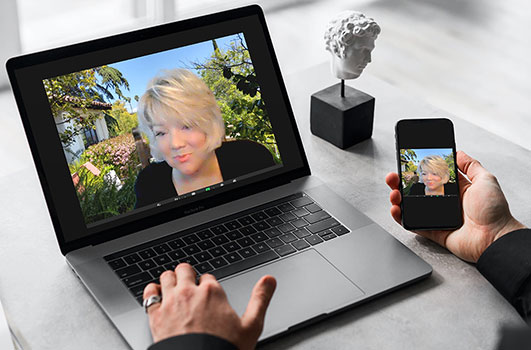 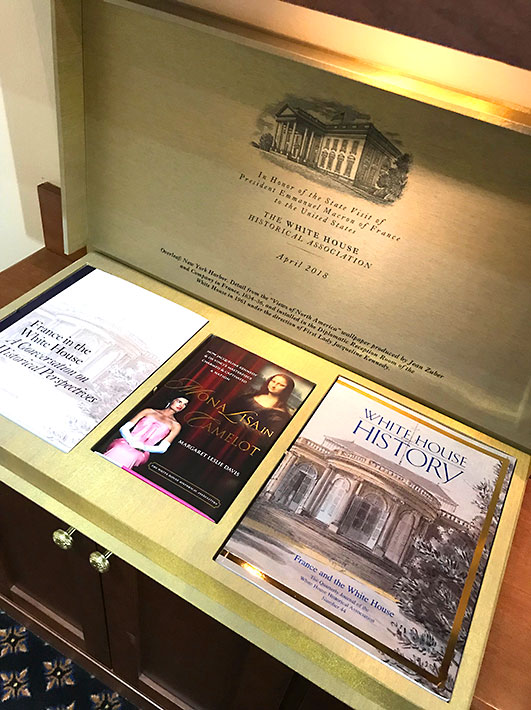 The new edition of Mona Lisa in Camelot was part of the official gift to French President Emmanuel Macron during his state visit in April, 2018. Photograph courtesy of the White House Historical Association. 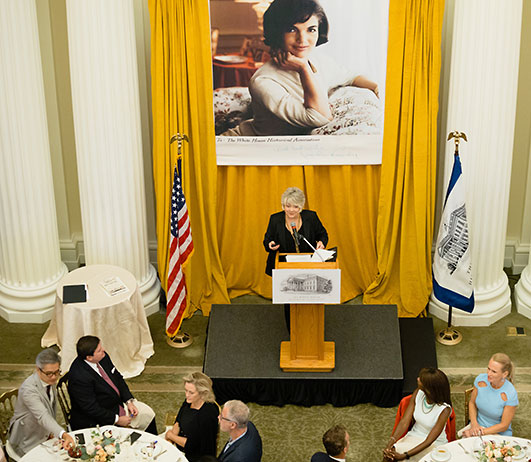 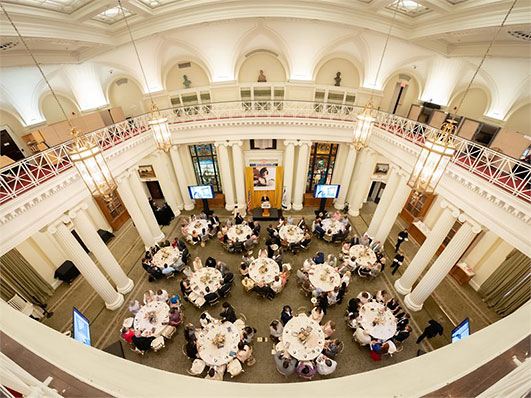 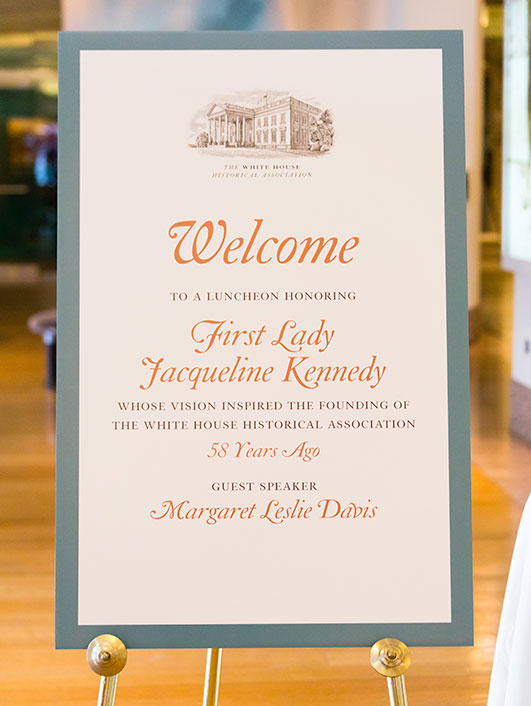 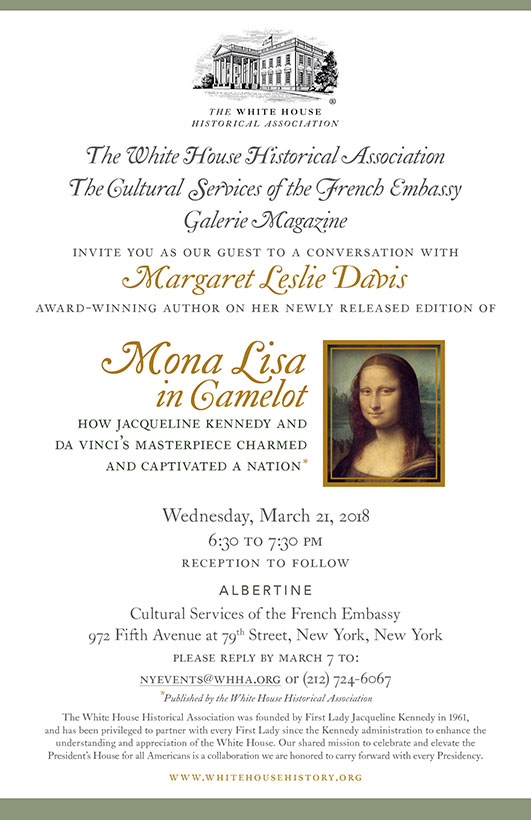 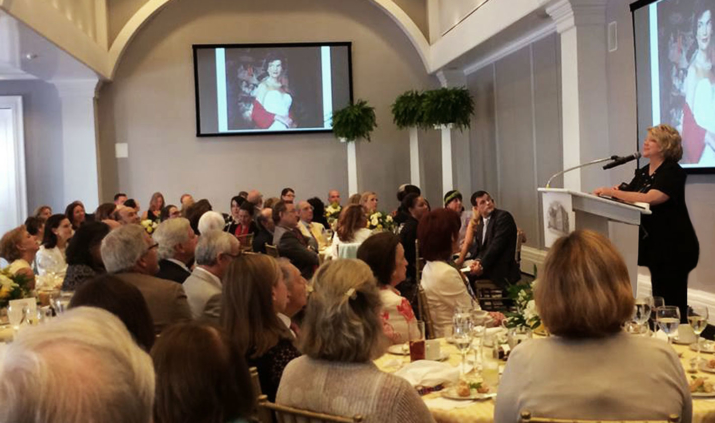 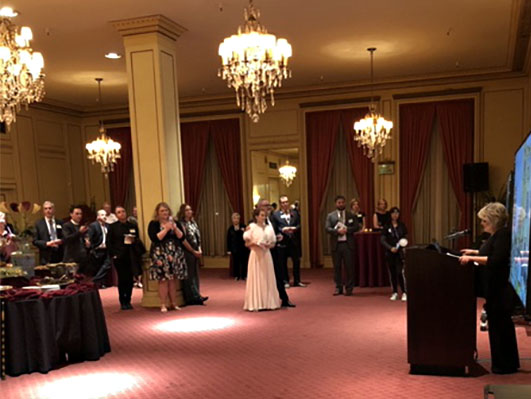 Margaret Leslie Davis speaking at the gala celebration prior to the historic tower lighting of Bullocks Wilshire. 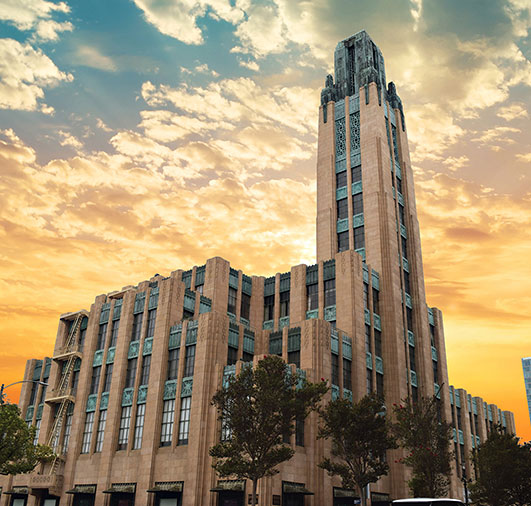 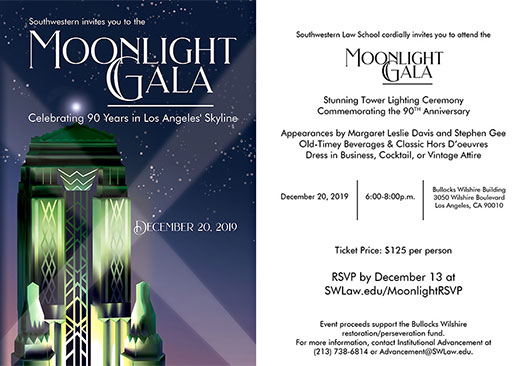 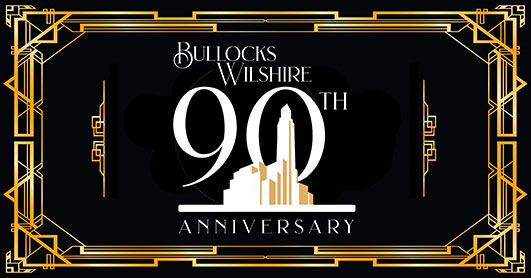 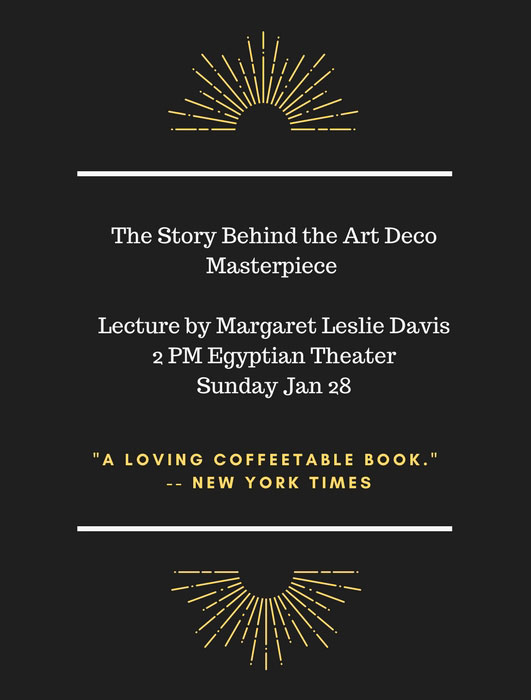 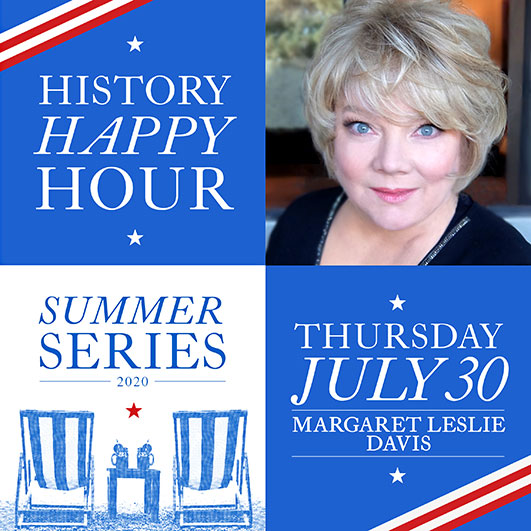 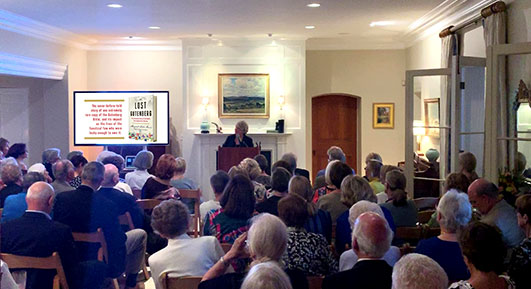 The author during her lecture series with The Lost Gutenberg, from Penguin Random House, Town Hall, Pasadena. 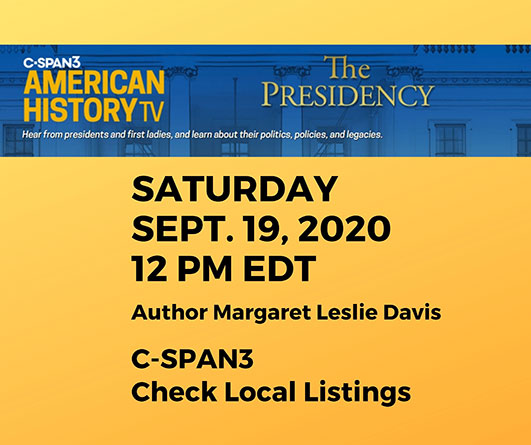