The myth-like story of how one man through daring and engineering genius invented Los Angeles of the future, only to fall tragically from grace. The man was William Mulholland; his creation, the Los Angeles Aqueduct, the tremendous waterway that transformed an arid and sparsely populated town into a thriving city of millions. 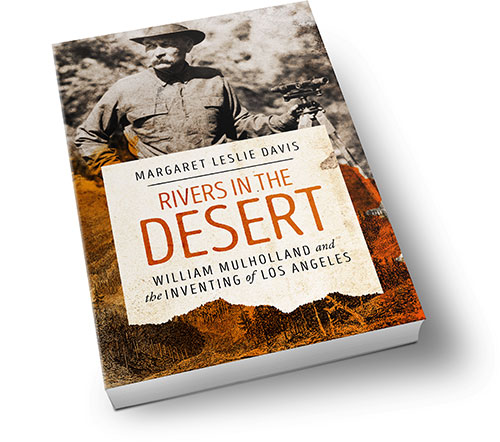 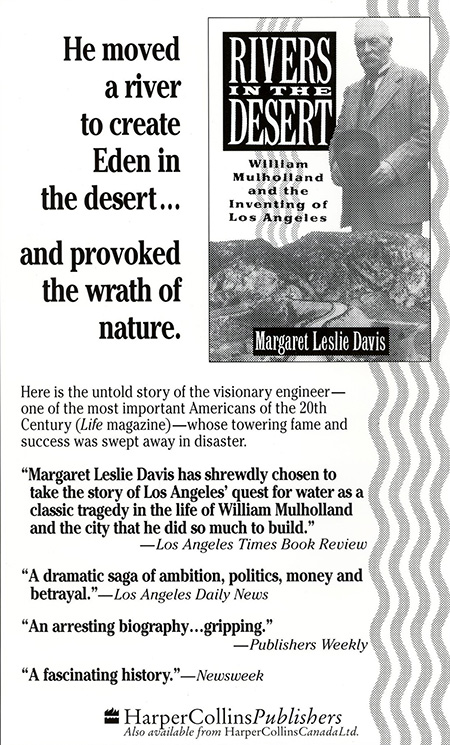 WINNER OF THE WESTERN WRITERS OF AMERICA
GOLDEN SPUR AWARD 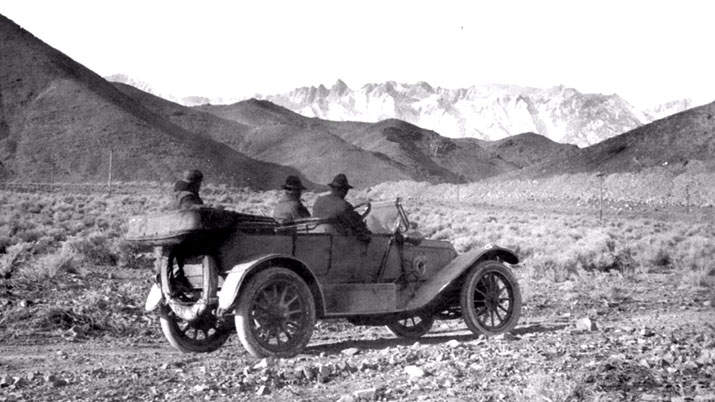 William Mulholland and Fred Eaton set out for the Owens Valley from Los Angeles on September 4, 1904, in a two-horse buckboard. Their trek to Inyo County would take five grueling days, and the two friends decided to camp out along the way, living on a miner's diet of bacon, beans and hard liquor. They later joked that their route could be easily traced by following the trail of empty whiskey bottles – dead soldiers – left in their wake. Read more in Chapter 1: ‘Genesis'. 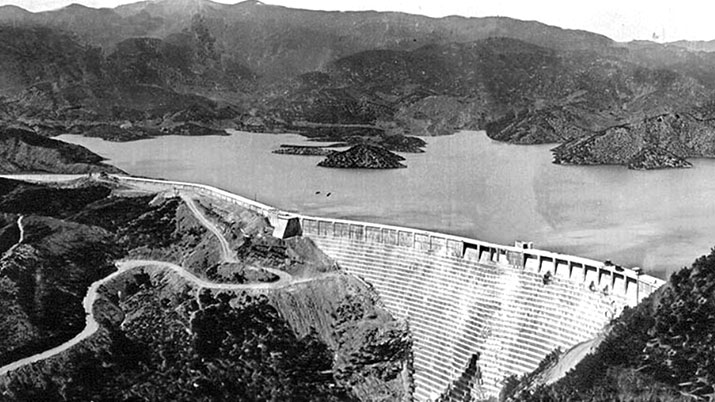 View of the once beautiful St. Francis Dam, which some authorities argued Mulholland had rushed into construction in order to impound a reserve of water for Los Angeles after saboteurs repeatedly dynamited the aqueduct. 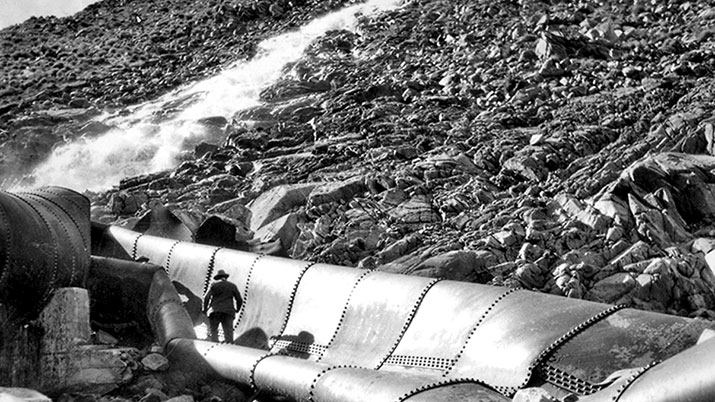 In the early hours of Wednesday, May 21, 1924, the Los Angeles Aqueduct was dynamited just below the Alabama Gate spillways. Here, investigators seek evidence of the identity of the perpetrators. Over the next few years the aqueduct would be repeatedly dynamited and bombed. 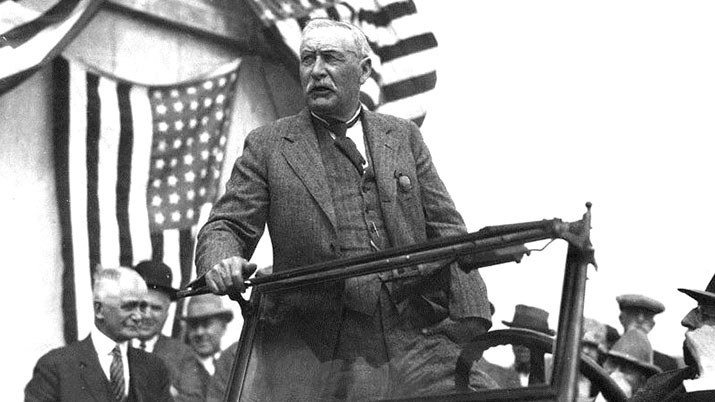 William Mulholland at the peak of his career. Completion of the aqueduct had made him one of the most famous men in the west. The self-taught Irish immigrant was awarded civic and academic honors he never dreamed possible. 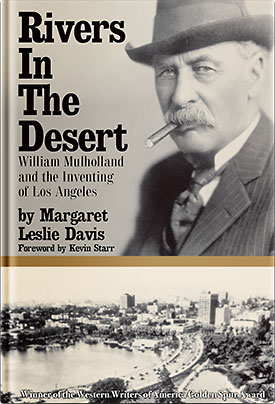 “In this splendid new biography, the first full-length study of its subject, Margaret Leslie Davis has brought forward to memory the one person who, along with Felipe de Neve, deserves the title Founder of the City. Like Los Angeles itself, William Mulholland was at once the great and flawed product of his own imagination and will.” 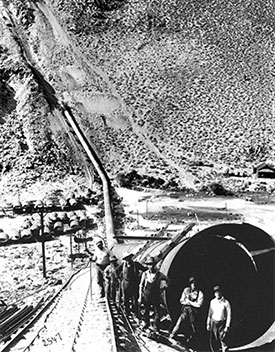 Men at work at the south end of the Jawbone siphon, 120 miles north of Los Angeles. Water was moved through steel pressure siphons over mountains and canyons. The Jawbone siphon alone spanned 8,095 feet. 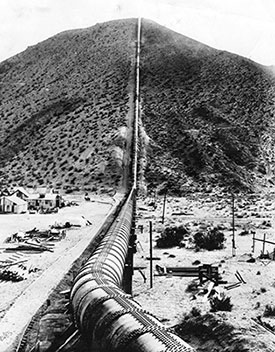 The 250 mile Los Angeles Aqueduct with open and covered channels, siphons and conduits carries water entirely by gravity from the slopes of the Sierra Nevada Mountains to Los Angeles. Mulholland’s challenge was to move water 250 miles across mountains and deserts to Los Angeles. Later, Mulholland would pay a terrible price for his failure to acknowledge the rights of the Owens Valley. 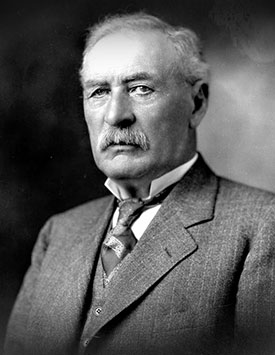 William Mulholland, the self-taught Irish immigrant, at the peak of his career.

“In the annals of city building, there are few stories more compelling.”