Margaret Leslie Davis is the author of three acclaimed biographies of important American empire builders. Rivers in the Desert: William Mulholland and the Inventing of Los Angeles, published by Harper Collins, was the winner of the Golden Spur Award for Best Non-Fiction book by the Western Writers of America. Newsweek described it as “fascinating history.” Publishers Weekly called it an “arresting biography” that made for “gripping reading.”

Dark Side of Fortune: Triumph and Scandal in the Life of Oil Tycoon Edward Doheny, details the spectacular rise of one of America's richest men and his tragic role as a principal figure in the Teapot Dome scandal. “Davis calls upon her legal acumen and story telling ability to craft a spell-binding account of Doheny,” wrote Foreword Magazine. The Washington Post's Lou Cannon said the work is “a brilliant and superbly researched biography of the tarnished oil tycoon, Edward Doheny, whose importance ranks with Rockefeller and Carnegie.” The book is a Los Angeles Times bestseller.

The Culture Broker: Franklin Murphy and the Transformation of Los Angeles is the first major biography of the civic and cultural leader who supercharged the transformation of a regional city into a world-class metropolis. Publishers Weekly called the book “essential reading.” Pulitzer Prize-winning author Jack Miles called the book a “brilliant work” that tells the history of “an exceptional city at an exceptional time through the life story of a little-known but utterly exceptional man.”

Mona Lisa in Camelot: How Jacqueline Kennedy and Da Vinci's Masterpiece Charmed and Captivated a Nation, chronicles the Mona Lisa's voyage to America in 1963 and the critical role the First Lady played in America's first museum blockbuster show. The book has been showcased on ABC's Good Morning America, excerpted in Vanity Fair magazine and featured in the Sunday London Times. Columnist Liz Smith called the book “an engaging and dynamite story” and an important addition to American museum and art history.

Davis was commissioned to write the official history of the Los Angeles Music Center and the Walt Disney Concert Hall for the institution's semicentenary. The Music Center of Los Angeles County: Five Decades of Music, Theater, and Dance was published by the Huntington Library Press and features a Preface by celebrated historian Kevin Starr.

The author's most recent book, The Lost Gutenberg: The Astounding Story of One Book's Five-Hundred-Year Odyssey was published in Spring, 2019 by Penguin Random House. In a starred review, Kirkus described the book as “Engrossing reading… A great read for any book lover.” Library Journal called the work, “A gripping account of the importance of books as cultural artifacts and of one particular work that transformed the world.” The book has been excerpted in LitHub and featured in The Washington Post, NPR and The New York Times. The Lost Gutenberg is an Amazon Editor's Pick for Best Nonfiction.

Davis's work has been featured on C-SPAN Book TV, the History Channel's “Modern Marvels” and documentaries seen on the Discovery Channel and A&E's “Biography.” The author has appeared on numerous television and radio programs nationwide and is a frequent speaker and lecturer. She is a California lawyer and a graduate of Georgetown University. She is a Fellow of the Los Angeles Institute for the Humanities at the University of Southern California. 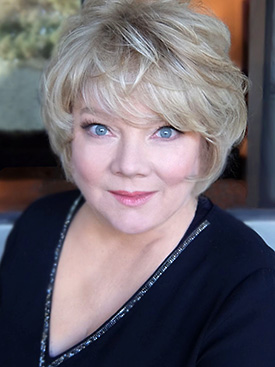